The goodbye and its beauty

Why we need to be sad every time we pronounce or hear the word "goodbye"?! Can we learn anything from it?

It was March 2012 and Ross was leaving London to move back, with his family, to the States. He had spent the last 2 years and a half in London meeting the best friends of his life. He was obviously sad but suddenly something happened. Ross was walking away from the check-in counter, he looked up and standing right in front of him were four of his best friends in the world. Nick, Kennedy, Mike, and Avni.

Of course, there were some tears sheding, Ross was supposed to see his friends the day before for the last time.

When asked what my absolute favorite memory is, I still say it was that goodbye in the airport with my four best friends." 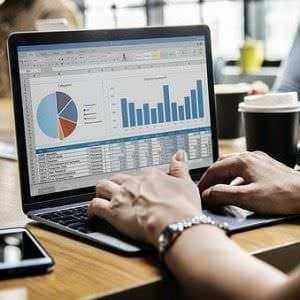 I agree with Ross when he says that being an expat forces you to grow up quick and to learn how to say goodbye but maybe, it makes you also see the beauty of the goodbyes.

Ross' point of view is that goodbyes should not be something sad, no need to moan about. The beauty of a goodbye is that you have someone or something that makes saying goodbye so hard. Is that not a reason to be joyful? Nothing lasts forever like a goodbye.

In his [blog], Ross is talking to every single person he met overseas, considering himself the luckiest guy in the world to have had so many good friends that it was so hard to say goodbye to. It can sound weird, but actually, even if people don't meet anymore they know for a fact that at one point in time saying goodbye each other was the hardest thing to do and the emotion you are able to feel in that specific moment is the best memory you can ever have It is not fair to say how much sad we are when saying goodbye. We all have done it and that just proves how much they mean to us.

"I just want to encourage you to not let that goodbye be permanent. Drop someone a message. Go visit. The world is so much smaller than you think. Don’t let goodbye be the sad end to it. Recognize the beauty in a goodbye. The beauty that you have people that you couldn’t stand to leave. I love you. And I miss you all!"

What can I say after these meaningful words?! I believe there's always something good even when everything around looks so sad. There is joy in tears and nothing is more important then the love we can share with each others. Goodbyes are part of expats life, for sure, but it is a choice and we need the courage to understand how to react to our feelings is one of the best lesson I have ever learnt.

Thank you Ross Bolla for your kindness we already love you!!!