I still remember the day I arrived in England, it feels like yesterday! Not only was it my first time flying but I wasn’t even sure what I got myself into, taken that I moved country with a complete stranger. I mean he was a friend of my friend’s boyfriend but come on, I only met him once, 3 days prior to our flight so to me he was a complete stranger! Everyone tried to warn me about all the bad things that can happen so I would be prepared for the worst case scenarios but I was so excited I didn’t even hear their negativity! Just brushed it off and told them it’s going to be all good and fun! (You shouldn’t follow my example though, just to be on the safe side!)

I had a picture in my mind about what life abroad would be like. I saw all those movies, social media profiles of people I knew and my perception was that the UK is like the closer version of the American dream of European people - all glitter and sparkle… obviously! 😉

I even made friends online with a guy who played for the local football team, therefore, I already had someone there who spoke my language so „Boom! Hello, Comfort Zone”, what can go wrong, right?! 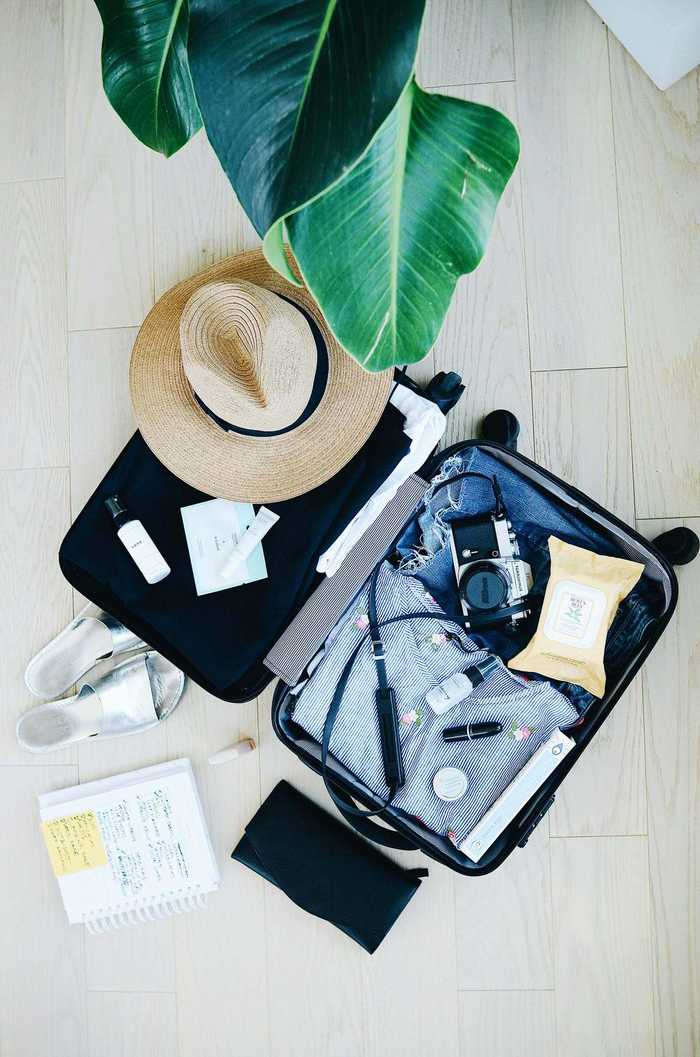 Well, trust me, loads of things went wrong but thanks to my positivity I went with the flow and everything always worked out just fine. So much in fact that my 3 months adventure turned out to be 13 years and still counting.

So here are my 5 + 1 tips for you to make your settling in process a lot easier:

1.Don’t worry about the level of your language skills - just keep practising and you will pick it up eventually

Language schools are good at teaching the basics like grammar and reading but people tend to struggle to make an actual conversation in a foreign language. They either cannot understand the local accent or are worried that they say something stupid.

I was definitely one of these people! I studied English for 5 years but once I arrived, I was shocked when I heard a native English person talk! My first thought was „Wow, was that in English??” He surely didn’t sound anything like my English teacher or actors in the American movies.

Unfortunately, I let my perfectionism stand in the way of expressing myself. I wasn’t too talkative in English because I wasn’t certain what I said was correct. Everyone thought I can’t speak a word of English. People around me weren’t bothered about how they got their message across, even though they were just putting words after each other which didn’t make much sense but you know what?! Everyone knew what they were on about so I decided to use the grammar I was familiar with and just wing the rest. Voila!, they understood me.

2. Hang out with people from other cultures

You will learn so much about other nations and traditions and not in a boring way like you did at school! I can promise you that not only will it boost to your language skills but gaining that valuable insight into other people’s life experience is a major advantage. Chances are you have a very different background than they do so you can benefit from anything that you have not had the pleasure of experiencing yet.

For 2 years I was mostly surrounded by Hungarian people so as you can imagine, my English didn’t improve much. As soon as I started working in places where only other nationalities were present, my confidence and skills were enhanced tremendously.

I’ve always loved meeting people from all over the world as it wasn’t the norm for me growing up, since I’m from a small county town. All of a sudden I felt like the world opened up for me. I’ve had friends from different continents and had learnt so much about different cultures.

3. Things tend to magically work out, don’t over stress

If you are like me, you’ve planned your life for the next 1-3 years and when things don’t go according to plan, you either want to force it to happen (the way you want it to) or try to come up with a new direction. Just go with the flow for once. I’m a firm believer that everything happens for a reason.

In the first 3 months, I moved 3 times. The last occasion happened very randomly as my housemates forgot to mention their plans about moving out within 2 days, leaving me in a 4 bedroom house which I could not afford! I had 1 place in mind where I could go but it was depending on another person wanting to leave the UK which he was unsure of. In the end, people and events were moved in a direction that made it available for me to move in and stay in the UK.

I have plenty of more stories that prove worrying is unnecessary. If it’s meant to be, it will be!

4. Don’t settle, whether it’s about career, relationship, house sharing or anything else

Know your worth and don’t let others tell you what you can or can’t do! It’s hard not having your family and closest friends around but it doesn’t mean you have to put up with something you wouldn’t do otherwise. Out of fear, loads of people get into relationships that they are not happy with, just to not to be alone. As soon as they go home for a couple of weeks, back to their „safety bubble”, they realise they wouldn’t be with a person like that if they had their loved ones around.

Career has always been my problem area, in which, despite all my qualifications and hard work, I was far away from where I wanted to be! It took me long years to realise my own worth and change my belief about what can or can’t I achieve as an immigrant. I also became conscious of the fact that my priorities have changed drastically and I don’t even want what I worked so hard for anymore.

Please don’t get stuck in a job that sucks the life out of you or your input is not appreciated! There is always another way, another job that pays the bills.

5. You can have it if you put your mind to it

Have you ever heard of the Law of Attraction? It states that when you really want something, you don’t have to know how your desire would come about, you just have to believe with all your heart and feel the feelings of what it would be like having it!

That’s exactly what I did, even though I didn’t hear about the LoA until a couple of years later.

Before my relocation, I attended a Tourism Exhibition in Budapest where I collected loads of university prospects, among them, was a British one in London. I remember sitting in my bedroom, looking through the prospect and dreaming about how cool it would be going to university in England. I knew we could never afford it, British tuition fees are not designed for a single parent’s earning.

I could really see myself there though and FEEL what it would be like studying abroad.

Long story short, I graduated from Staffordshire University in 2011.

When you live in a foreign country you meet loads of new people and by the time you build a close friendship, one of you moves to another city or country.

This was the toughest lesson for me to learn and accept. Since I’ve had no relatives around, those close friends were like family. „Losing” them is so much harder when they give you a sense of belonging. I haven’t really lost them, we are still very close friends, just happen to live in different parts of the world. 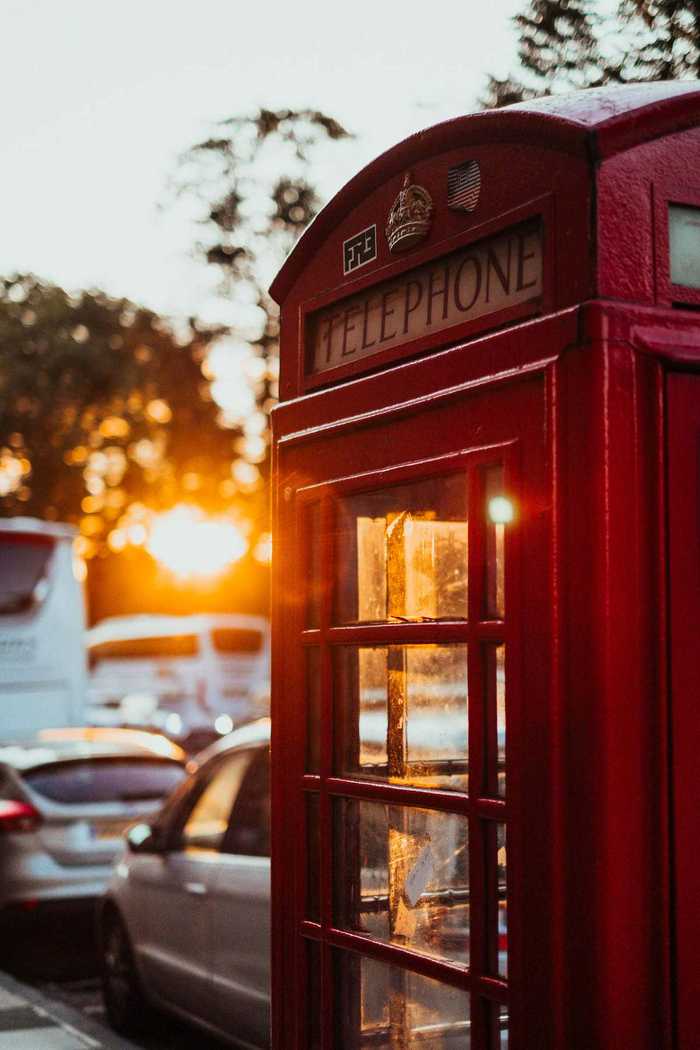 You must believe in yourself and know that you are capable, even if people around you don’t believe in you. It can be very motivational to prove someone wrong, however, that shouldn’t be your major driving force. It’s ok at the beginning, but after a while, start doing it for yourself and not others.

Life abroad can be very educational and put loads of things into a whole new perspective. It’s a big decision to make as it will change you for good.

After leaving your country, it’s hard to find where you belong. You might very well find yourself stuck in between 2 worlds, either because you can imagine your life in both countries or neither of them (while trying to find THE place).

Kitti Palmai is a freelance writer for hire who specialises in holistic health & well-being. She's an expat who's been living in England for 13 years. When not writing, she loves doing yoga, watching romcoms and being around nice people.