Lessons on Expat Life from Saigon, Bangkok and Cape Town

Irish expat Sean Campbell discusses the balancing act of sticking to your old familiar ways, while embracing the strange and new when you settle in a new culture.

Last autumn, I strapped a travel bag to my motorbike, revved up the engine and left Ho Chi Minh City (née Saigon) an hour before dawn. I was heading for the mountain city of Da Lat nine hours away, and was keen to avoid both the morning rush of the city, and the inevitable thunderstorms in the afternoon.

I’d been living in Vietnam for around six years, teaching during the days, moonlighting as a writer, and riding through the country any chance I got. Having spent most of my twenties there, Vietnam was “home” as much as Ireland.

I made good ground in the morning, chugging down quiet district roads flanked by emerald rice fields, watching the rising sun as it made silhouettes of the farmers and water buffalo who dotted the land.

Just as I reached the  top of a winding mountain pass up into the highlands, the sun dimmed as the sky turned purple and black, groaning under the weight of an incoming storm. I raced on for a few minutes until I found shelter at a road-side rest stop, along with five or six local Vietnamese,  just as the first claps of thunder grumbled and snapped.

For the next hour, we strangers drank coffee, snacked on fruit and cured meats, chit chatted, laughed and argued in a mixture of broken English and, on my part, very broken Vietnamese, over just about every topic we could manage -- where we were from, our jobs, where we were going, what we were eating, who was and wasn’t rich, and how much I’d given for the old Taiwanese motorbike (“500 dollars!? Very bad!”).

While I’d travelled plenty throughout the country, none of my previous excursions into the great beyond of Vietnam had been this idyllic. I’d always been perfectly content on the road itself, but dreaded the interactions that came with stopping amongst a group of locals. I’d get frustrated by banter I could hardly understand, and take umbrage with the curious glances and stares. I’d quickly order my coffee or coconut and beat a hasty retreat to a low stool or hammock far away from them -- the foreigner in the corner.

By now things were thankfully different. I was finally willing to join in the discussion where I could, and simply apologize and make light of it where I couldn’t. It had taken me years to realise that it’s the effort that counts: A few hamfisted words of the language, an open mind, and a sense of humour are usually good enough qualifiers to be accepted in Vietnam.

After an hour or so, the rain shuddered to a halt and the sun broke through again. We bid one another farewell and continued on our respective ways.

Stepping off my motorbike in the mountain city a while later, I reflected that the most fulfilling part of the journey hadn’t been the scenery, or the isolation, or the long meditative stretches of road as I’d expected. Rather it was the simple meal and semi - coherent repartee I’d had with the men and women at the rest stop. 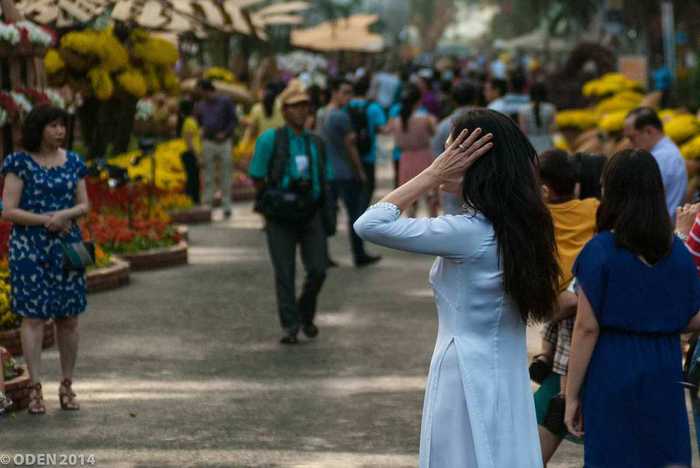 What a difference a week makes. The following weekend, I took a short flight to Bangkok and joined up with thirty or so Irish men and women, all of whom were based in Saigon. Together, we were the Saigon Gaels, a mostly Irish Gaelic football club, who were dead-set on playing our native sport even in the suffocating heat of Southeast Asia.

We weren’t alone either -- around 2,000 Irish expats had descended upon Bangkok that weekend to slug it out in the Asian Gaelic Games.

On day one of the tournament, the Saigon teams won each and every one of their games, and we spent the night in booze-fuelled celebration at an expat bar, willfully ignorant to the fact that we had more games to play early the next morning.

Almost everyone in the bar was Irish that night. A Filipino band played only Irish songs to keep us happy, and when the singer launched into the crescendo of Dreams by the Cranberries, we roared and cheered and hugged and sweated and danced -- nothing but joy.

Ten thousand kilometres away from Ireland, yet here we were amongst our own, making a home from home, not having to consider any linguistic or cultural barriers.

On the short flight back to Ho Chi Minh City, I compared the events of the past week. Being amongst locals in the Vietnamese countryside, feeling like a settled foreigner who is all about the new and the different.

Then just a few days later, surrounded by familiar faces and accents and Irish culture amongst the Gaels while we were all so far from home. I realised that it had taken the best part of six years to strike the right balance. It’s possible and acceptable to live both of these lives.

We should of course be open minded and respectful to our new home. Considering it to be below us is little else but imperialistic. It’s equally as rewarding on a personal level as it is respectful to where you are, to do as the locals do.

I’ll be forever grateful to the country of Vietnam, therefore, for opening my mind and filling it with wonder. But we shouldn't forget where we’ve come from either. It’s ok to carry this with you and celebrate it from time to time. Living away from home doesn’t have to mean totally abandoning your old ways.

I’ll be equally grateful to the Saigon Gaels, and the wider Irish community abroad, for bringing me back to my roots.

Earlier this year, I sold my motorbike, packed up most of what I owned, gave the rest away, and resettled in South Africa. I wanted to waste no time and dive head first into the next stanza of my life, for surely after Vietnam I’d have learned a thing or two about bedding in quickly.

I brought a newly purchased copy of Nelson Mandela’s “Long Walk to Freedom” to my neighbourhood cafe, and sat outside in the morning sunshine to read, but after a while my mind drifted.

I gazed over at Table Mountain, glowing pink and orange in the morning light, and for a long time I thought only of home. Then I opened up my computer and Googled two things - “Best Vietnamese Food in Cape Town,” and “Gaelic Football in South Africa”.