Living in Paris: what is it about?

It's late afternoon on a Sunday in Paris. The sun is setting just behind the Jardin de Luxembourg in the 5e arrondisement, and the temperature is cooling. I am wearing a black-and-rose-flowered cotton sun dress and dark Jackie-O style sunglasses. I have been sitting at a table on the terrace of Le Comptoir du Panthéon, sipping an Orangina for the last hour, and mesmerized by author James Baldwin's Another Country. I am beginning to feel a chill in the air, but I'm not prepared to leave. This is "la vie en rose" that Edith Piaf sang about, and a Parisian terrace on a lazy afternoon, is the perfect place to understand what she meant.

French women always have "une écharpe" (scarf) around their necks, even in the Summer, just in case the temperature changes. The French even have a saying "En avril ne te découvre pas d'un fil, en mai, fais ce qu'il te plait." Loosely translated, it means in April, stay covered, but in May, do as you wish. It's synonymous with the weather in those months, but I think it can be applied to several other binary month groupings as well. I have no scarf, but I have the right attitude, so I sit defiantly facing down the winds, and contemplating why I love this city so much.

I have wanted to live in Paris from the moment I stepped foot in the city as an adolescent tourist. I remember my teenage-self sitting in a quintessential French café with my mother, aunt and uncle, when all of sudden, a handsome, well-dressed young man, also in his teens, walked in. He stopped at our table, took my hand in his and said "Vous êtes belle mademoiselle," kissed my hand and left. My mouth dropped! That did it! I decided then and there that I would live in Paris in this lifetime.

Fortunately, I have lived in Paris as a student, as a young professional, and as a full-fledged adult and wife to a wonderful man, who happens to be a true Parisien. The city is many things to many people, but distinguishing the reality of Paris from the dream of Paris is the first step in deciding whether living here is right for you. And once you do decide to live here, one thing's for sure: figuring out one's place in the City of Lights requires some planning, and a lot of fortitude!

The Dream vs. the Reality 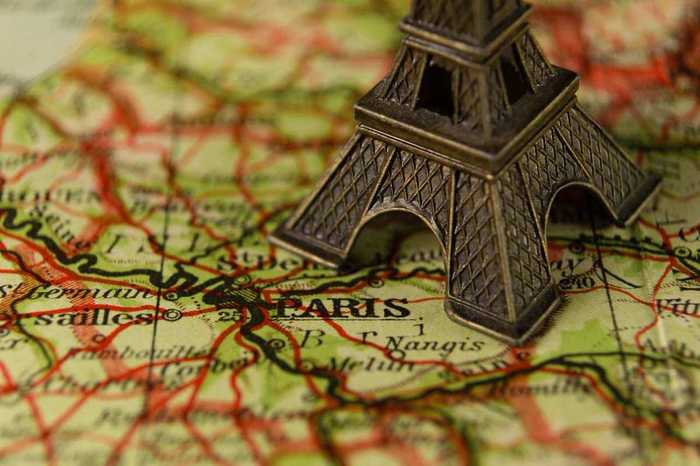 In our dreams, Paris is a city of romance, accordion players and mimes wearing French berets tilted left, while carrying a baguette or croissant and whistling "La Bohème". In reality, it is major European capitol, where old and new co-exist, where French, English and other languages and cultures mix, life is expensive, good jobs are few, crime is a part of everyday life, and throughout the year, crowds of tourists and locals battle it out for space on the city's weary metro system and its sprawling, and beautiful green spaces. It has indescribable, heart-pounding beauty, and heart-wrenching ugliness, both found in the most unlikely of spaces. Most importantly, it is much like any other major city, and separating the good, bad, and ugly of it, will prepare you in deciding whether to live here.

Precisely because so many people want to live in Paris, or experience the city in some form, is why you'll find a myriad of resources to support your decision-making process. There are countless websites, books, magazines, blogs (yes, I know), newsletters, agencies and people who can direct you in your endeavor. In your own family, neighborhood, school, office, city, or state, there will surely be at least one person who has been to France, and wants nothing more than to talk about their experience. Take advantage of those resources and research diligently to help you determine your own course of action.

Once you've decided that Paris is for you, it's critical that you set out a plan for moving and living there. You must consider visas, the language, budget, where you will live, who you know, and whether you will work, study, or play during all those Parisian days and nights. Also, getting involved in activities will allow you to interact with people from France's many territories and varied populations from the global village, all of whom are pursuing their own Parisian dream.

Imagine that you have done your research, and you have a plan. Now, all you have to do you is execute it. That's actually the easy part, right? Not by a long shot! Most people only have one major thing to overcome: fear. Whether it be fear of the unknown or fear of failure, there is usually some anxiety associated with a move to a different city. However, keeping in mind that you will only fail if you don't try, you will quickly realize that you have nothing to lose and everything to gain by a new experience in a foreign country.

All in all, living abroad is a personal choice. It is not for everyone, but for those who think it might be for them, it requires a flexible attitude, a plan, and guts to just do it!

Another hour has passed, and the temperature is downright cold now! Fortunately, my husband has arrived to join me, and brought me a jacket. He remembered that I'd left the house wearing a dress, while rejecting his advice to take something to cover up with later, if the weather changed. He is tempted to say "I told you so," but he can see in my eyes that I'm grateful he brought me the jacket. So, he leans in close, puts his arm around me, and whispers in my ear "Tu es trop belle dans ta robe d'été." I smile, and once again, I'm reminded of how my own dream of Paris has become a reality.

Magda Theodate is an American attorney, writer, speaker, and consultant, with a penchant for all things international. Magda has lived and/or worked in over 70 countries, including in the United States, the Caribbean, Africa, Asia, Europe, and South America. She credits university study abroad programs for opening her eyes to a world of opportunities.