Vancouver: Walking out on the West Coast

Stained with natural scenery, Vancouver is the most beautifully placed city on this planet. This was the primary reason that Canada’s West Coast appealed to me as a place to live after finishing university in 2016. The other reason being the negativity at home.

The Telegraph reported that at this time, post-Brexit, the search term “how to move to Canada from the UK” spiked in interest. Today, between 6000 and 8000 UK citizens become permanent residents of Canada every year. Having lived in Vancouver for the past two years, I unsurprisingly discovered the abundance of life changing experiences available on the West coast.

However, I also discovered just how difficult it is to comfortably rent, eat and travel in British Columbia.

So how do I summarise my time there?

Vancouver’s options for activities are endless at any time of the year. Grouse, Cypress, Seymour and Whistler are accessible ski resorts within a two hours’ drive from downtown. Alberta’s Banff and Jasper are two of the countless wildlife-packed national parks, which provide the road trip of any traveller’s loftiest dreams.

The misty mountain roads whisper and tell you what your human soul really wishes to be surrounded by in this life, nature. Seattle and Portland are also just a bus ride away and they feature as the first stateside stops on the classic Pacific coast road trip through Washington State, Oregon and finally California.

Vancouver’s beauty also lies in the fact that you are always reminded of the adventures on your doorstep with the city surrounded by the alpine mountains, pine tree forests and heavenly ocean’s harbours. Jacqueline Bruce, a city local, describes Vancouver as “small enough that it’s proximate to nature but big enough that it feels like a genuine metropolis”. But whilst the city below the mountains possesses these reminders of travelling temptation, it is not as easy to enjoy as you’d hope. 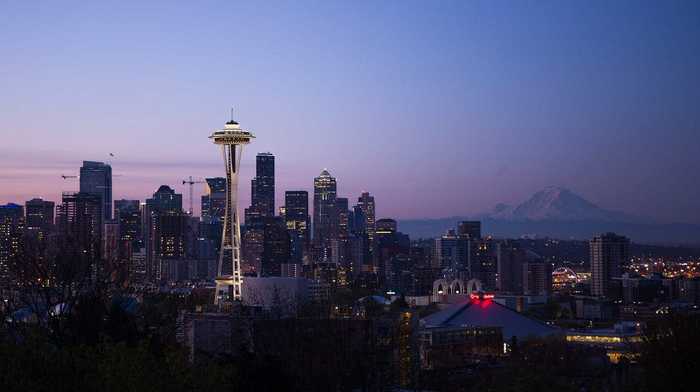 Vancouver is not somewhere I would recommend for an expat who does not know what they want to do professionally. I was too tentatively committed to marketing and did not grow my experience in Vancouver, as I only ever found myself in interviews up against people twice my age with twice the experience.

If your resume lacks depth as mine did when I arrived, you better be willing to scrap in the city’s hospitality industry whilst you pursue that more rewarding role. You can get lucky within hospitality.

You could be a beneficiary of North America’s insane tipping culture, whether it be working in a fancy Main Street restaurant or for catering companies that deliver Gatsby-like parties to the wealthy in West Vancouver. There is also the guarantee of meeting similarly aged and wonderfully like-minded individuals in the sector too.

This is not an easy achievement for many in Vancouver according to Australian expat, Danielle Dufall, who worked in the city’s construction industry for six years. “The city is sleepy and its people transient, which makes it hard to establish friendships, as they often choose to find the middle ground,” she says.

Consequently, I reflected fondly upon how after an unsuccessful first month in my job hunt there, I’d dragged myself full of dread to the next craigslist-advertised café interview. The dread vanished when I met the team and my now girlfriend of two years. If you’re looking to meet people quickly in a place you’ve recently moved to, working in hospitality as I did for the first 12 months in Vancouver is your best option.

It was the lack of opportunity beyond hospitality and Vancouver’s housing crisis that concerned me. There is an aura of young professionals chasing, and older ones settling for that one position to secure their mortgage and home for life. This must be one cultural cause of the city’s saturated job market.

Only a year after my arrival, following 12 months of hustle in hospitality, I was relieved to seal a regular paycheque via obtaining a financial position at a law firm. It was not a role I’d stay in for long at any other point in my life, but I longed for normal working hours again, the additional security of salary and a little less need for compulsive budgeting. Rising housing prices do not help those stuck in the stagnant job market. Colleagues were sacrificing their happy activities for the next decade just to afford that first home by their forties.

For some context, the Vancouver Sun reports that on average, a small condo costs $657,000, whilst a one-bedroom rental remains on average $1800 per month. Approximately that is £393,000 and £1100 respectively. I’m not sure it's even worth mentioning the house figure! The people jostle and accept the unpredictability of the city’s renting game in the meantime. A lack of regulation brings volatility, which I experienced first-hand when my housemates and I were evicted from our dreamy suburban home.

The landlord who was commonly subletting it to us, fell out with the actual homeowner before giving us three weeks’ notice to find a new place. Naturally, this first year in Vancouver taught me resilience to survive my own personal housing crisis and to always be pursuing a secondary income stream.

By my second year, I had good friends established, a cheaper home secured and a career foundation to build upon in Vancouver. So why did I leave? Whilst the love affliction with Canada remains, I await Vancouver’s growth that could make it a fairer city. One where a young professional can manoeuvre and gamble on more widely available career opportunities.

The static nature of career development in Vancouver and a lack of confidence in me being able to scale the residential ladder there, were the main reasons that I opted against investing in permanent residency. I had previously departed London for the pine trees and azure lakes of the Canadian dream. I returned, energised, to forge a career in the city I had long taken for granted for its diversity of job openings.

I see London through a different lens now. Nonetheless, I’d have been concerned for the Sam who had not participated in the lesson of living abroad. Vancouver’s price for its bountiful treasures forced this expat to absorb better habits and practices to look after myself better in times of strife.

Fellow international travellers glided in and out of my life on a monthly basis, but I learnt something from all of them. Meditation, running and journal writing were but a few practices that helped me to tame the demons that torment so many adolescents at the start of their independence. Alas, I could never be mad at Vancouver for all the challenges it presented, the adventures in the wild it gifted and the life relationships it forged.

I’ll miss the fall season’s fiery orange colours. The suburban neighbourhoods too, where I resided and fulfilled my long-standing dream of experiencing those dreamy houses from the American television dramas. Furthermore, the hikes and sights which make British Columbia more affectionately known as, beautiful British Columbia. Most of all though, I’ll miss the nomadic high of extracting wisdom from different people in a different place. Travellers uniting and collaborating to find enlightened independence on their journeys of survival.

Sam Bunyan, 26, has been providing readers with personal and insightful accounts of life as an expat since he lived abroad for the first time in 2014. After returning to London last year from two years living in Vancouver, Canada, he aspires to continue identifying what makes a person feel at home in a foreign place. Further to that, finding that special ingredient in new locations. His studies include a History (International) degree from the University of Leeds and a British College of Journalism diploma.