First most important thing is not to make mistakes with definitions and correct use of the words. The United Nation Human Rights definition of Minority is:

“The term minority as used in the United Nations human rights system usually refers to national or ethnic, religious and linguistic minorities, pursuant to the United Nations Minorities Declaration. All States have one or more minority groups within their national territories, characterized by their own national, ethnic, linguistic or religious identity, which differs from that of the majority population.”

The term “minority” sounds a bit weird if we think about numbers, only in Europe there are about 105 million people part of a minority group (14% of Europeans). To give some examples:

In America the Census of 2019 can be summarised in the following table: 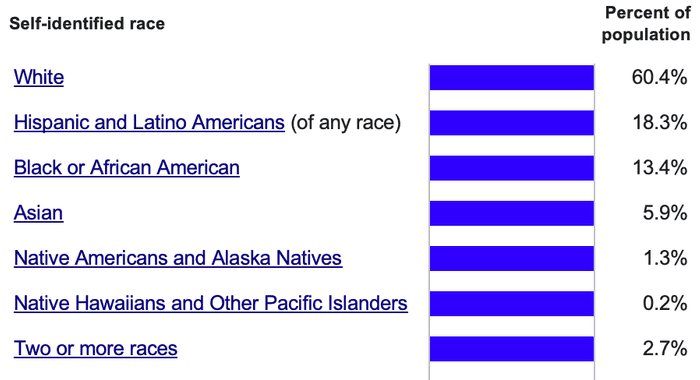 Due also to all the recent events, I asked myself a lot of questions about people who have origins in from different places, have grown somewhere else and ended up in a third Country. So I asked some questions to Lio, an Italian black guy living in The Netherlands, and this is his story with his own words:

“Hey there, I am Lionello, 41 years old and I was born in Rome, Italy. My parents, instead, are form Cape Verde, I would like to say it again my parents are from Cape Verde, io....sò de Roma (I am from Rome said in the Roman slang). I want to put some emphasis on that because often people ask me twice the same question, they think that because I am black it is weird I am actually Italian. Well I want to say that what is around you is what make you be who you are. I have grown in Italy and I lived in Italy until I was 20/21 years old, I have visited Cape Verde only twice. So where am I from? Rome, Italy.

I am also an expat as I live In Rotterdam, The Netherlands for 20 years. I have been for the first time in this City in the 80’s, when Gullit, Van Basten e Rijkaard were playing for AC Milan, the Great Milan. During that period it wasn’t so common to have so many foreigners playing in Italy, so while in Italy the comments were mainly about how the foreigner players could have changed the Italian football, for me and my mother was a surprise to see in The Netherlands a black man driving a tram, a train, any public transportation. I know it sounds absurd that we were so impressed, but I can tell you it was already a sign of acceptance, of inclusion, of normality.

My challenges of being an expat? Well for sure the language and to get used to the loneliness.

About the language, it is not only about the words themselves, but also the way we express ourselves. The language is only one element of a culture and when we talk, all those elements mix between them giving us a style. My native language is Italian and it reflects my personality too. Communicating in another language means also losing some part of your identity until you are not fluent. At the beginning, we just speak the foreign language as kids because our knowledge of words and of the culture is too limited, so it is impossible to fully express yourself for who you are.

Loneliness, I believe everyone can understands it, as it is not easy to move to another city or country. I had to build again my life, make friends and in order to do so, I had to go out alone a lot of time and often I was looking for other Italians to make easy my communication with new people.

You have asked me if the colour of my skin made my life more complicated, it is not an easy answer because my skin is who I am, what could have happened if I was white?! Maybe someone wouldn’t kick me out when I was looking for a job because they weren't considering me Italian or skilled enough without asking questions! In The Netherlands, out of my experience is very different, it is enough to say that my mother is still surprised when she sees a black bus-driver here in Rotterdam.

Of course I had some racist experience, and you don’t really understand it until someone doesn’t make you think about that for what they are. For example when I was young, the family of one of my friends had a cabin in a bathing establishment, I wanted to go, visit them and spend the day with my friend. but the woman at the ticket entrance insisted not to let me in. Why? What did it mean for me back in the days? I don’t know exactly, maybe she was a racist maybe not and she had other reasons, the only thing I know is that I hated her.

I think that Dutch people are used to travel and go around the world since ever, for good or bad reasons, for work or leisure, and maybe a part of them still have some thoughts about minorities, skin colours etc…, but they are tolerant and don’t bother you for no reasons. If you have the skills for a job, the job is yours. 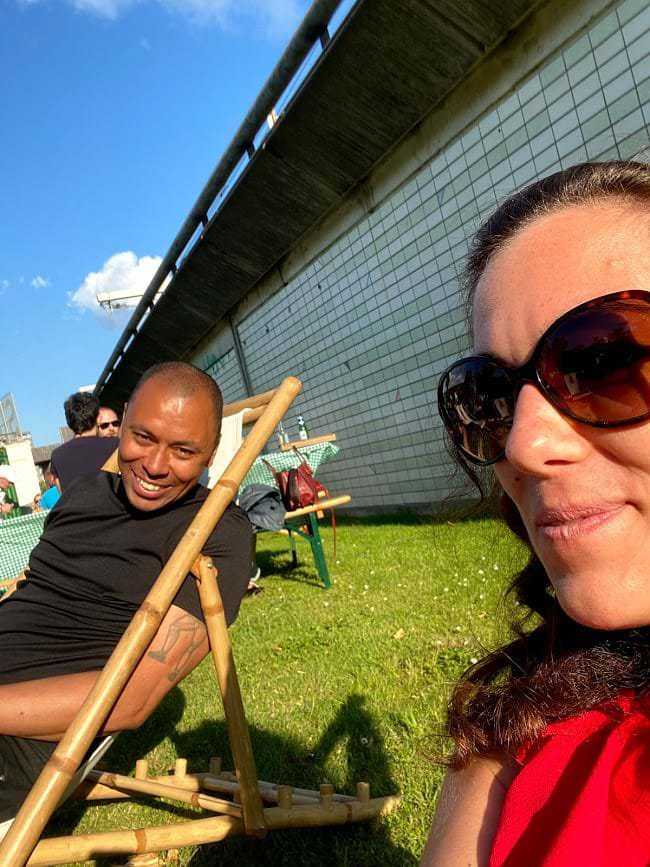 In my opinion the real problem is that Europe doesn’t teach the real respect. Let me show my idea with a stressed example: if someone grows up in the jungle and poor, it is not better or worse than someone who lives in a very expensive apartment, he is not less or more intelligent. Most probably he grew up with other values or other priorities. If someone lives in poor conditions is not wilde, he has just a different education. We need to realise, to be aware that what we have done in the past (as humanity) still has consequences, nobody deserves to be judged for religion, colour of the skin, language, economic situation etc… there were, and there are, the winners and the losers and unfortunately the second ones often have been submitted.”

In a moment in which it is important to talk, share information and experience among all of us, in a period of violence and protests, in a world that wants always to put us to a side or the other, I guess it is important to show a point of view of someone who is part of the change, who is not angry with nobody, instead he wants people to be aware of history because only being aware of our past can make our future better.