Discover Bolivia: a land of beauty, culture blend and curiosity

If you follow us on social media, you might have noticed that we have talked about Bolivia in this last week. Together with Isotta from EatEsperienceMadrid we have started a new monthly appointment to talk about various Countries starting from food using #onerecipeoneculture!

The first recipe and Country was Bolivian: Sopa de Maní! But what else do we know about Bolivia?

Here some curiosities that will make you read the article twice! Ready?

These are just a few curiosities about this Country in South America, there are many more Bolivian facts to find out.

The mix of cultures, traditions and heritage of this place is really astonishing, but you might have an idea by now considering the amount of official languages spoken. The 4 bigger groups are:

Cultural elements of any group are visible in anything, architecture, food, religion (even if 80+% is Catholic), clothes and dances.

Talking about clothes the most relevant is the ski that passed from being symbol of oppression (Spanish obliged indigenous women to wear it) to symbol of pride in being indigenous and nowadays it is a status symbol. 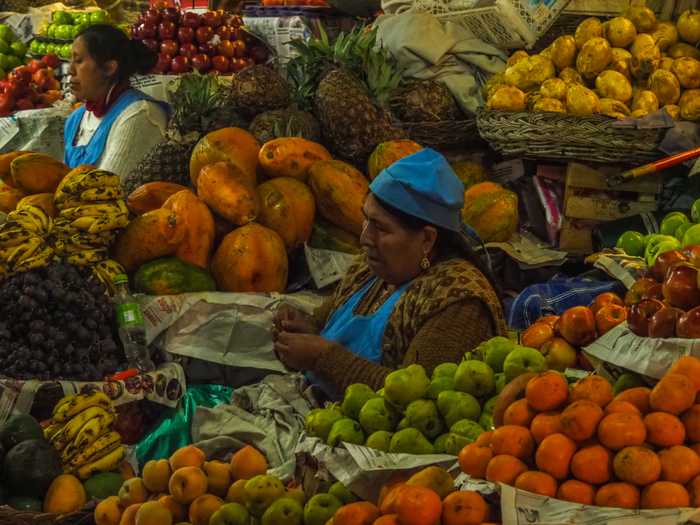 It looks like that the poverty percentage is decreasing, anyway Bolivia is still one of the poorest Countries in South America, nevertheless there is a small part of expats. They are mainly in Sucre, Santa Cruz, La Paz.

According to Expat Arrivals the Bolivian government has implemented several policies to encourage foreigners to star businesses in the Country. So it might be an idea for some of you.

“Despite multiple barriers and challenges, those with a sense of adventures are sure to enjoy expat life in this land of unparalleled natural beauty”