Growing up, I had no idea that someone could build a career in a foreign country. I knew that people worked at the embassies but I mistakenly thought that was reserved only for those with special ties to the government.

I didn’t know it was possible for someone with an ordinary career to explore the world and work abroad. We tend to assume that the only options are working at embassies, doing volunteer work or take a one-off job that doesn’t benefit our career.

Fortunately, with the internet and globalization that has changed, and it is more common to go abroad than ever before. Better yet, it has become a viable part of our career path even if we are ambitious but don’t want to sacrifice our wanderlust. Let’s explore how we can work wanderlust into our careers and how expat careers tend to be different from those at home.

How we’ve been taught to land a job

During the first many years of my career, I got my jobs by doing what we’ve been taught: update our resume and mass-apply for jobs through job portals.

Maybe we get called in for an interview. If not, we continue applying and wonder why we don’t hear anything back. It feels like sending our CV into some black hole of doom that absorbs it, never to see the light of day again.

For the most part, we don’t even know what went wrong and that tends to be how we progress through our career. We get promoted or apply for a new job in the same fashion and continue that circle.

Looking back, I never landed the jobs I really wanted and it often felt as if I had to take what I could get.

Eventually, I moved abroad to study. I slowly began to notice that jobs and the entire career process didn’t work quite the same way as an expat, and it inspired me to begin what has become a painstaking journey through trial and error to figure out what really works.

How expat careers are different

It all started with a useless internship I landed through a foreign recruitment agency that led me to think that I probably just wasn't working hard enough for it.

I decided to challenge myself to send out 100 CVs to find something better abroad and prove myself wrong. The result was two interviews and one internship. Not quite the success I had hoped for but it gave me a hint that something wasn’t quite right. Or that we were all doomed if that was the only way.

I continued experimenting and discovered that by reaching out to companies and employees proactively, I was able to drum up more interest and that resulted in another internship with more responsibility and better pay.

Fast forward a few years. I perfected the approach and turned it into real job opportunities both in the same country as I was already living abroad and in other countries where I was asked to relocate.

The contrast is stark and to my surprise, many of my expat friends have had that exact same experience. One landed a job through someone they bought a concert ticket off of, another was contacted directly by the CEO and others had friends recommend relevant job positions specifically for them--sometimes before they were even posted anywhere.

In fact, I can’t think of anyone I know who landed their job abroad by sending their CV through an online portal, but I imagine that might still be relevant for traditional expat jobs in the world of diplomats.

For those of us who decide to build our career in a particular region such as Europe or Asia, I’ve noticed a massive benefit in networking as many expats tend to move to neighboring countries as the next step in their career.

Often we’ll be able to reconnect with them on holidays or work together again a few years later in a different country. That means our network in the region snowballs as more of our friends move around, and thus lead to more career opportunities like the Six Degrees theory. 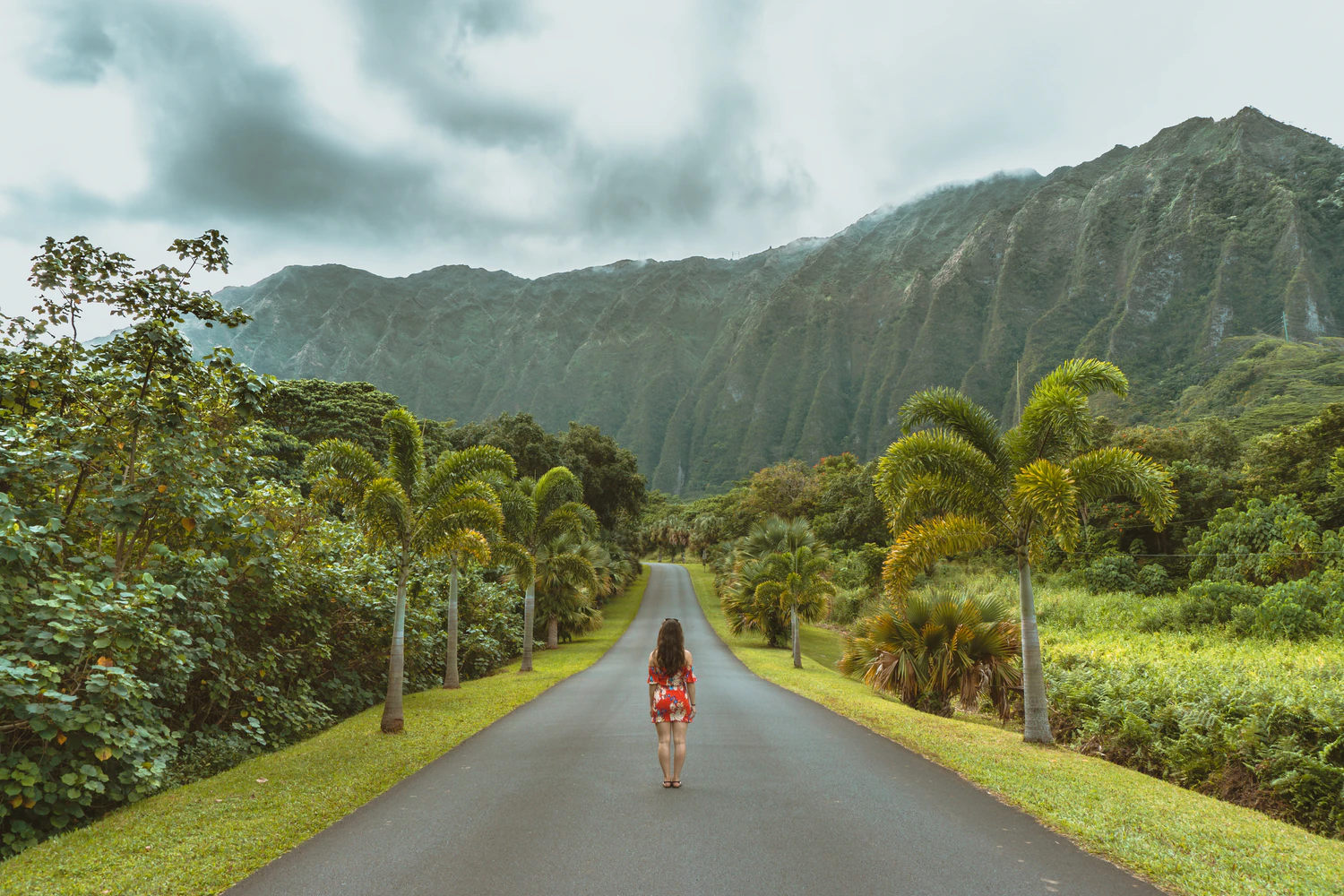 That’s exactly how my first relocation came about. I met someone on a holiday, we kept in contact and as they switched jobs, they referred me. Within twelve months I had met them for the first time, relocated for a new job and I was working in a different country.

Being able to leverage opportunities that come to us rather than only seeking them out when we need them puts us in a position of power. Especially, if we are willing to go where others don’t because we are able to temporarily sacrifice our location for gains in our career (more on that later).

That’s why many expats spend a couple of years in ‘obscure’ countries that most others don’t want to go to. We can take on more responsibilities that wouldn’t be possible at home as the competition is simply too fierce in the early career stages, and the employers can pick and choose between the best candidates.

Looking at it from the employers’ point of view, it’s quite simple. Imagine being an average fresh grad in New York with no special leverage. Why would any employer pick us over someone else if we ask for the same pay with the same experience? There is plenty of quality talent, so it makes no sense to pay us well when they can bargain and get someone more experienced for the same cost (or less).

Now, say, they have the same job opening in a country like Mongolia. Imagine how many applicants they have--very few in comparison I bet. All other things being equal, it wouldn’t be unreasonable to assume that there are 10x the job applicants for the job in New York.

For those willing to go to Mongolia, they now only have to beat, say, nine other candidates instead of 99. It’s easier and they will be able to help with unforeseen tasks that can benefit their career, simply because they are the only ones there relevant to help at that moment.

For example, that could be proofreading English content for a foreign business partner because we are a native speaker. As time passes, they might be looking for someone with our background for a new role and because we are already there, we might be the perfect candidate. I’ve found that planting these small seeds tends to be the safest way to ensure great jobs abroad for the coming years.

Use wanderlust to advance your career

The good news is that we get to decide how we want our dream career abroad to be and the first (and often hardest) question to ask ourselves, is what kind of experience we dream of.

I find that the best place to start is to look at which values are most important to us when it comes to work and career. The popular ones are either freedom, money, status, or impact.

Some of us prefer the freedom and flexibility to travel and do things on our own time, while others value being able to buy whatever they want and the status that comes with that. A third group might want to make a dent in the world.

The next thing to consider is where we are in our career since different stages give us different leverage and benefits. For example, early in our career, we might be more flexible with which city we work in, while later when we have a family, we might prefer more stability and better logistics.

The broad career stages are:

Many of us have some idea about where we’d like to go, and even if we don’t know the specific city, we tend to have a rough idea about the culture or area we’d like to experience.

There are different benefits in different countries depending on our career stage. For example, established expats might like cities such as Geneva, London, and Singapore as they tend to be more expensive and a better fit for someone in their senior career.

On the contrary, cities in emerging markets like Kuala Lumpur in Malaysia can be a better fit for early-stage career expats, especially if we intend to work in specific sectors where that country excels, like raw materials such as rubber.

Finally, there are highly competitive and established markets often in Europe and the US like Los Angeles, New York, London, and Paris. Often they are best for late-stage expats, when we have a lot of competitive leverage and cost isn’t an important factor as a well-located one-bedroom apartment can cost the same as a small penthouse in emerging markets.

All of this can sound a bit confusing as we’ll also see experienced expats in top positions in emerging markets and fresh grads in popular cities like London. That happens simply because the cities are large enough to attract many different types of offices like a headquarter, regional headquarter or a representative office. Just because it is possible, doesn’t mean it’s a smart career move.

Now, with an overview of how careers work abroad, I’m curious. Where is your dream destination?

Aske is the owner of Expat Vault. He helps expats make lifelong friendships and build their careers abroad.

4 Tips to Buy a House in UK